The key feature of the Aftershock AR400 Series III shuttle is its 180-degree powered rotating driver’s console. This standard feature allows the driver to approach the conveyor cart driving backwards to load the shuttle. Once the cart is unloaded into the shuttle, the driver stops the shuttle, rotates the seat 180 degrees to the forward position, and can then drive back up the row without having to wait for the cart and harvester to move out of the way. The shuttle achieves a top speed of 30 MPH (48KPH) whether driving forward or backward.  The AR400 shuttle works best when paired with OMC’s Aftershock SD-36 side-dump elevator and Aftershock CC-350 conveyor cart.

The AR400 features an articulating rear axle to go with the standard air ride suspension in front and rear. Additionally, a powerful Cummins turbo-diesel engine is standard, displacing 3.8L and providing 148hp to the load sense hydraulic system and achieving Stage V emissions performance. The interior is upgraded as well, featuring a composite operator’s console, intuitive controls, Hehr safety glass, and a redesigned cab and windows to improve operator visibility from the driver’s seat. 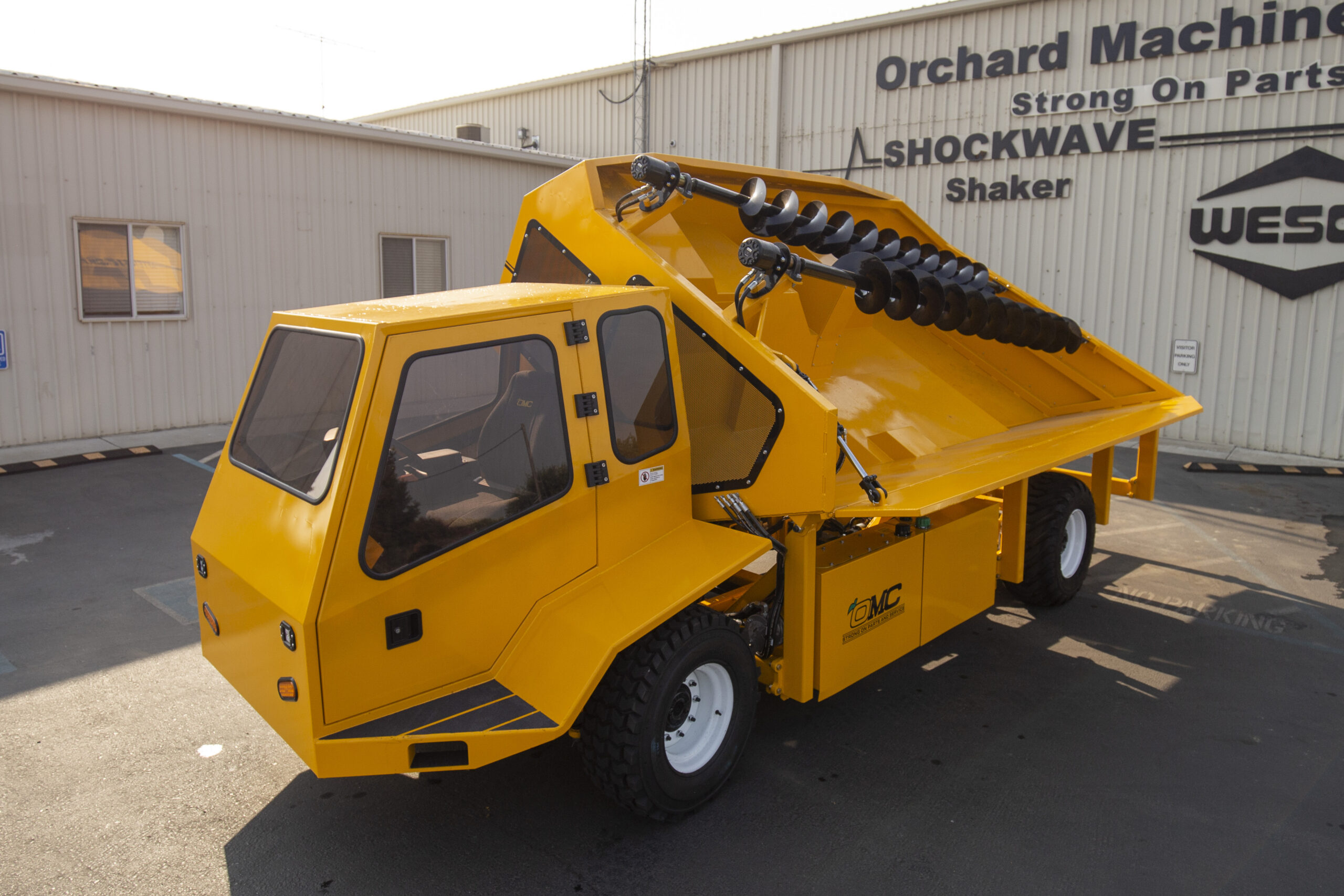 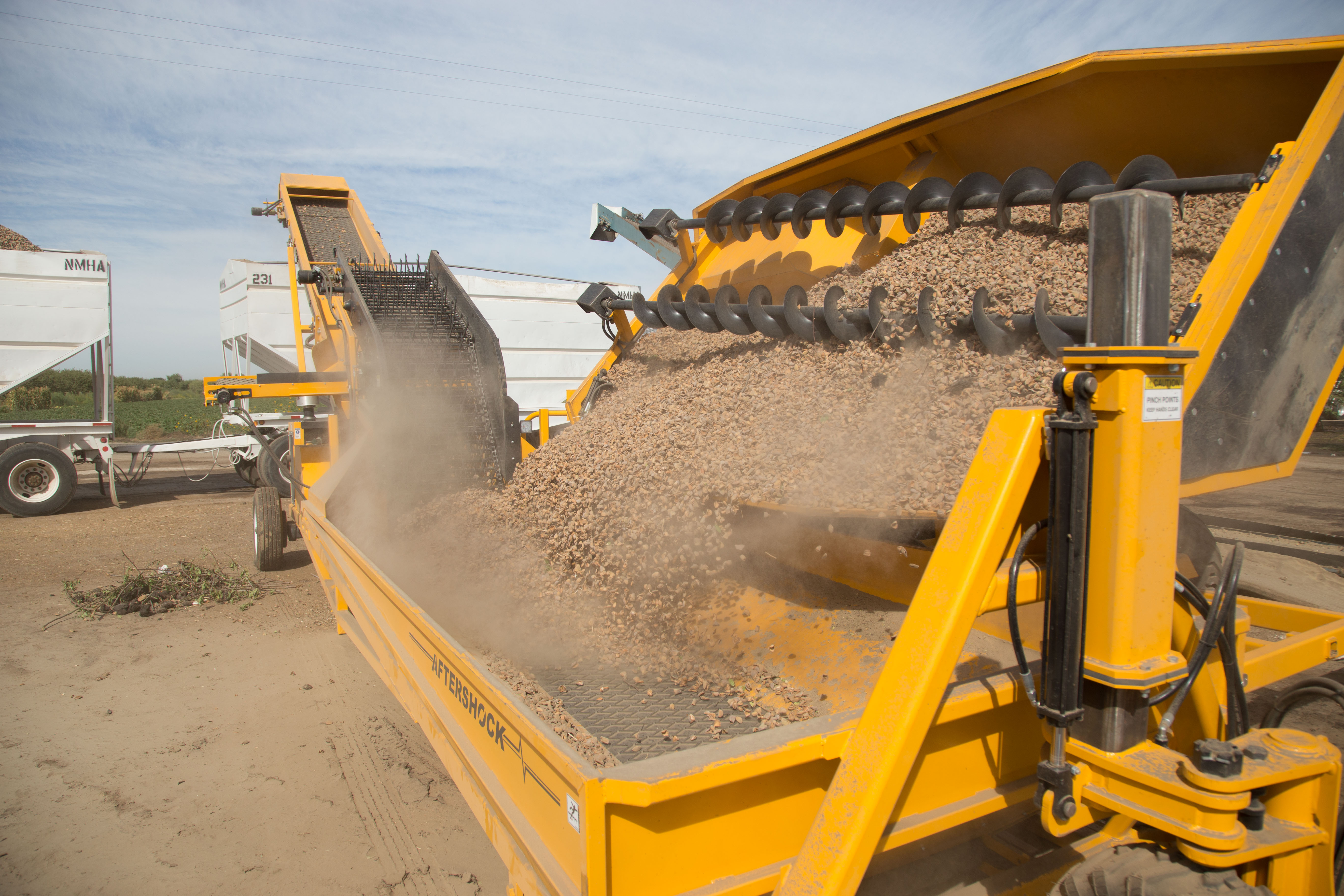 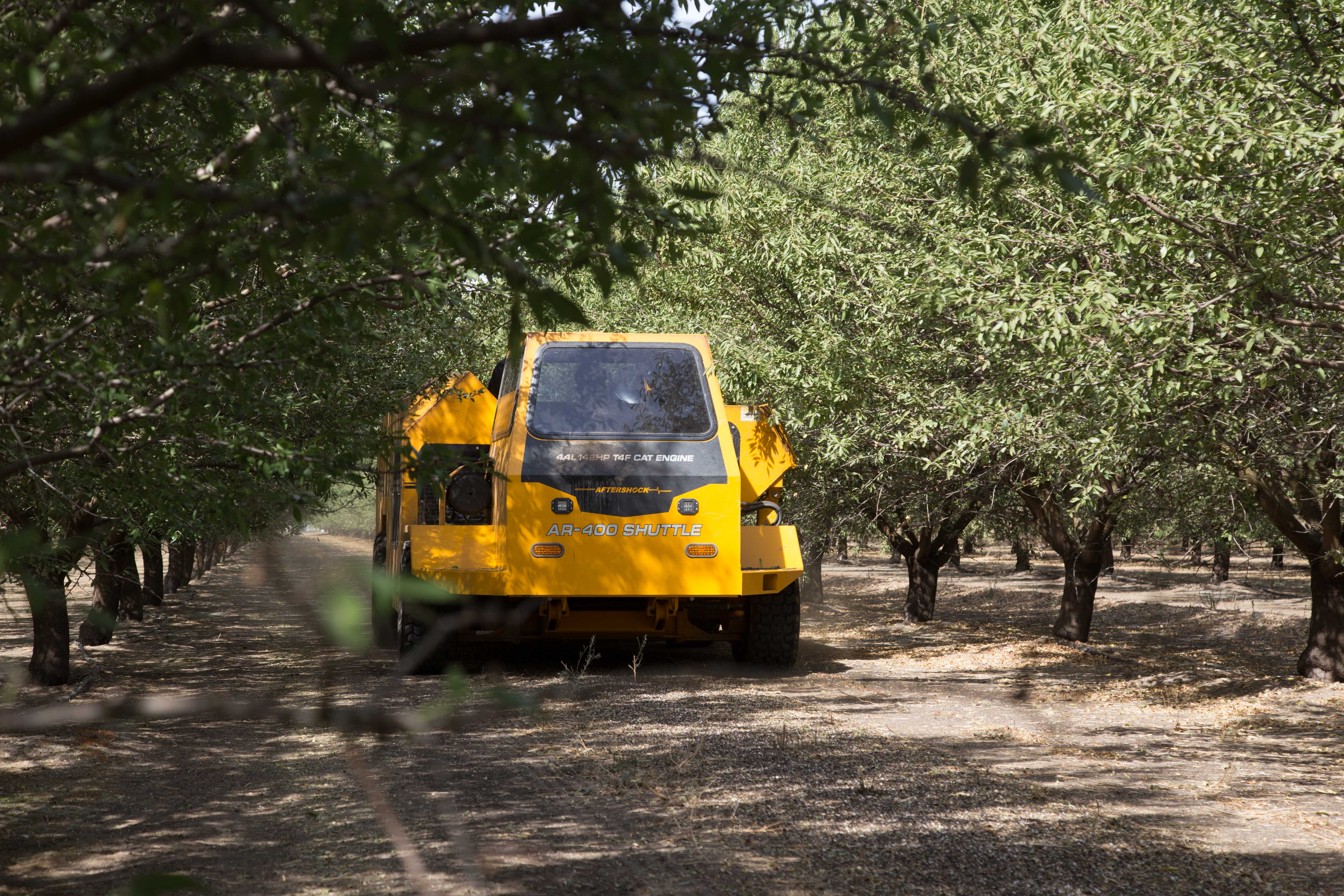 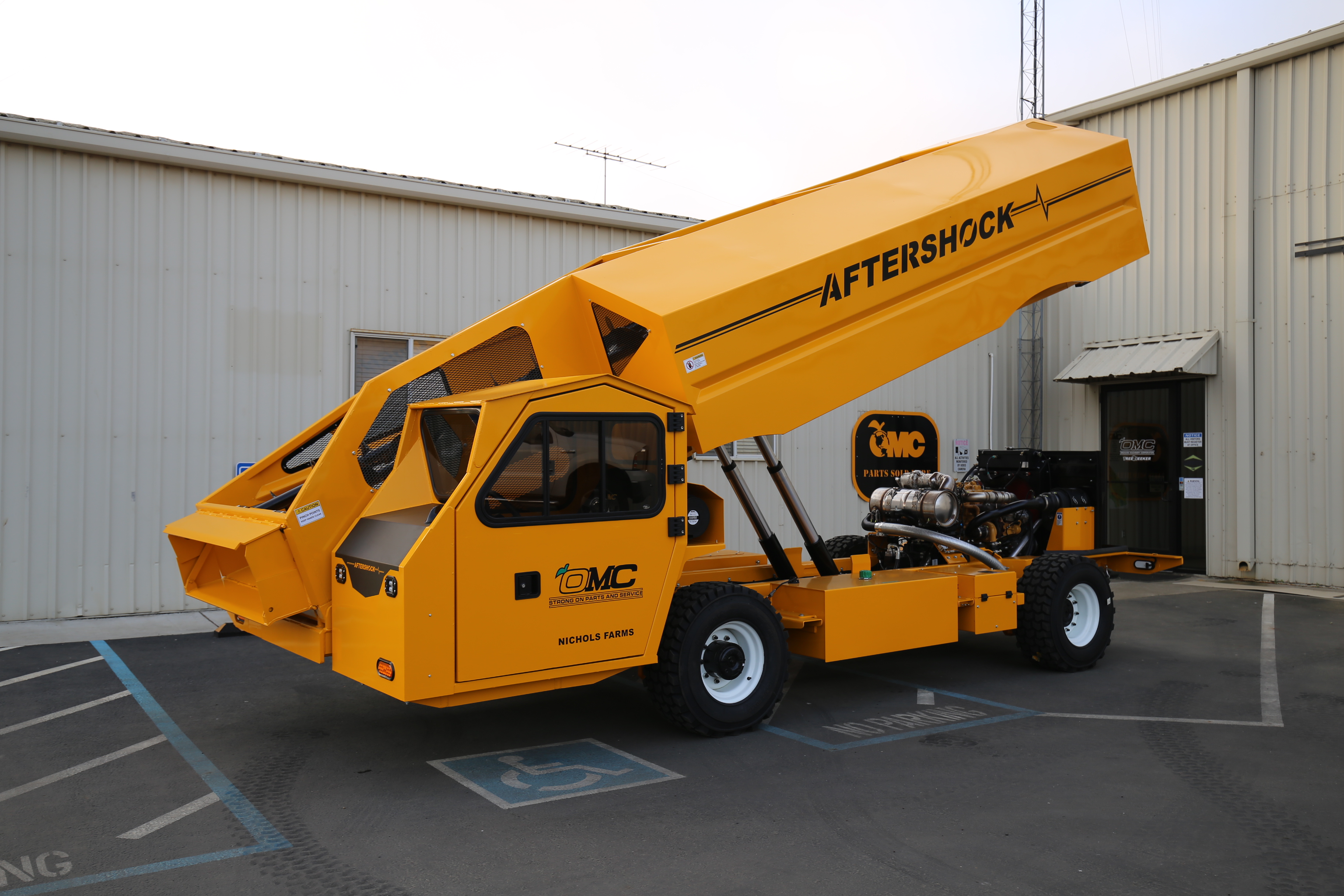 The Aftershock AR-7 Bin Carrier affords the operator smooth and efficient handling of products collected in bins. When bins are deposited in the orchard full and ready for pick-up, the AR-7 Bin Carrier glides through to pick them up and bring them to the collection point.

The ace up the Bin Carrier’s sleeve is that it can be configured with an optional bulk tank insert, giving the owner the flexibility to collect product in bins or in bulk as needed. 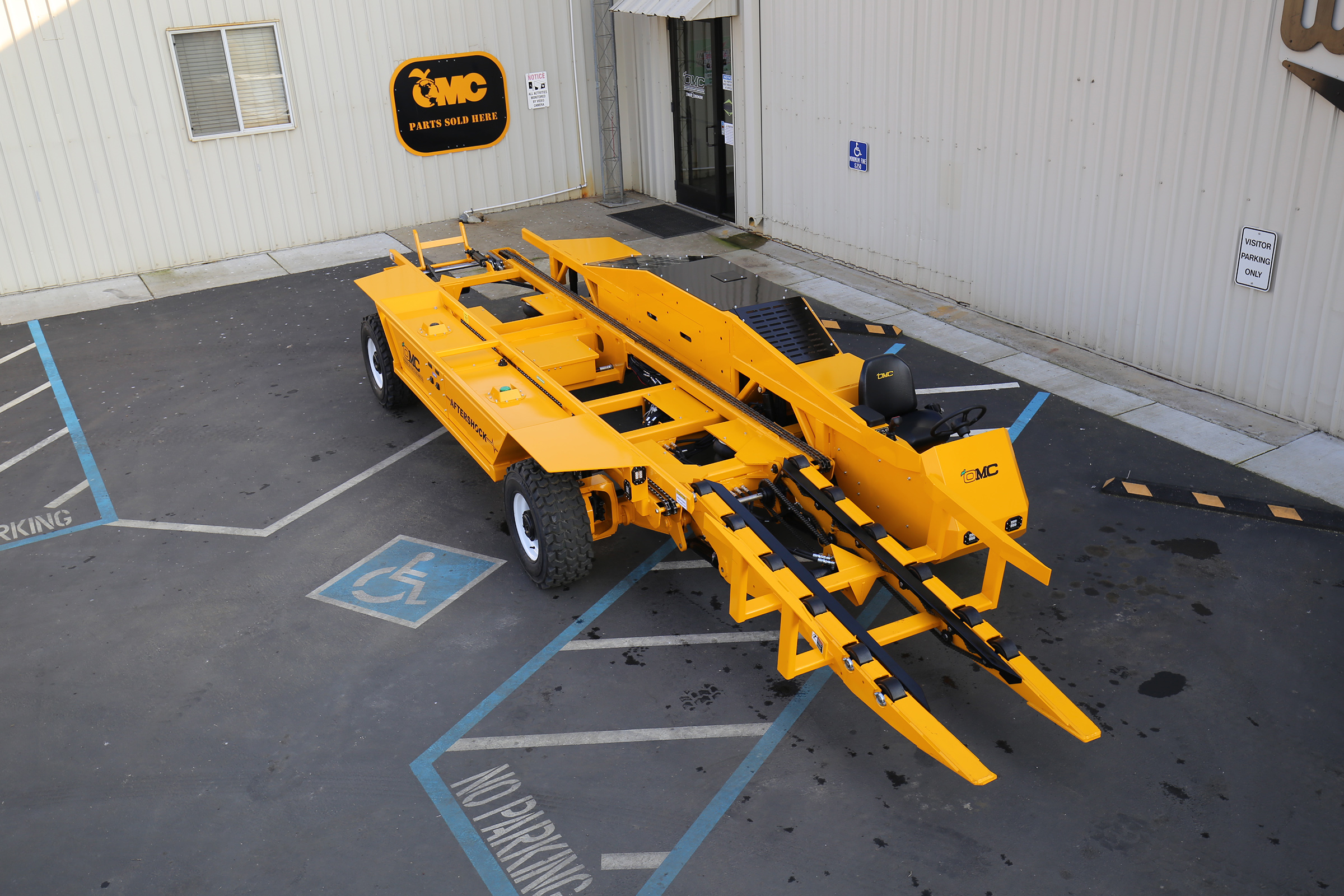 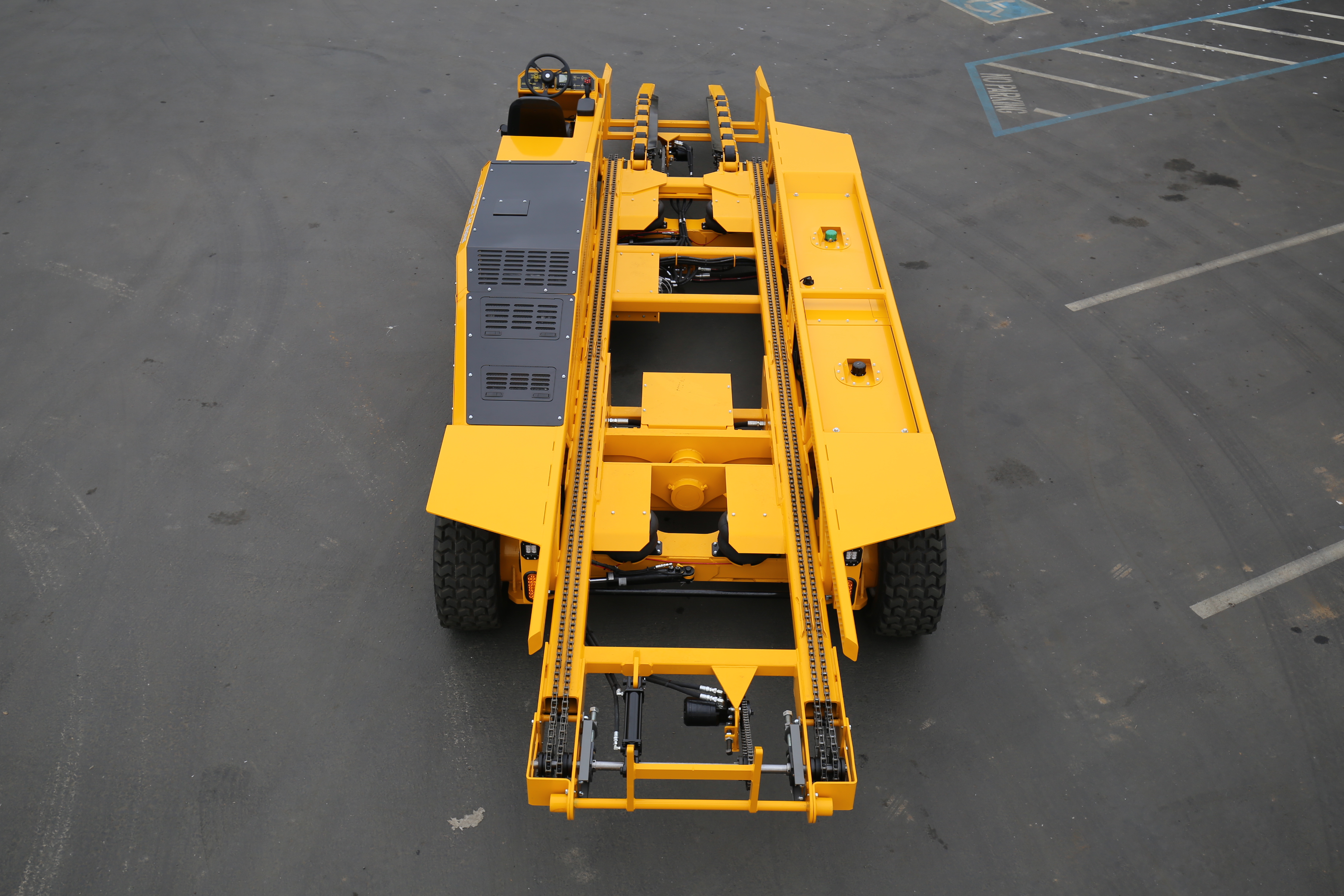 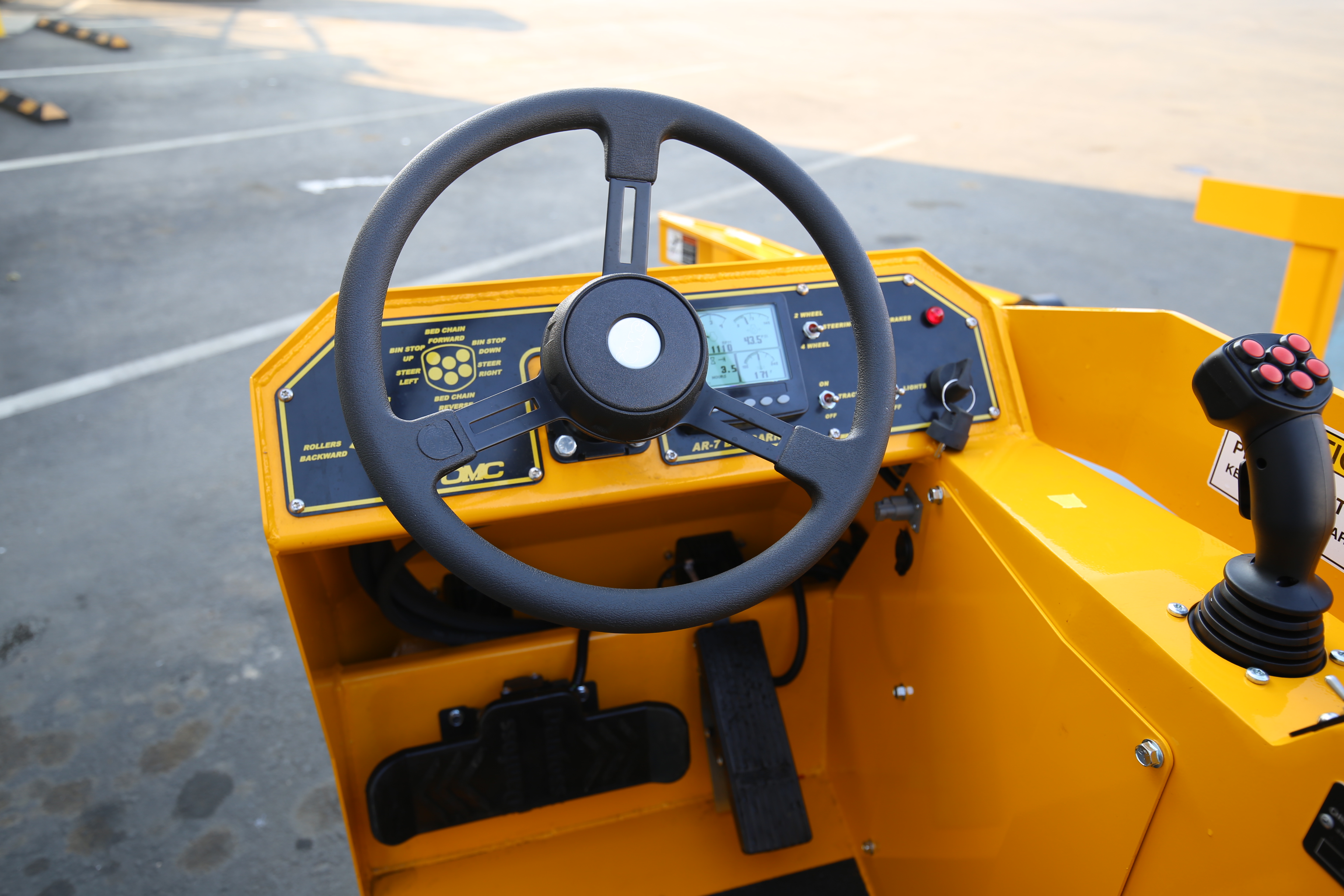