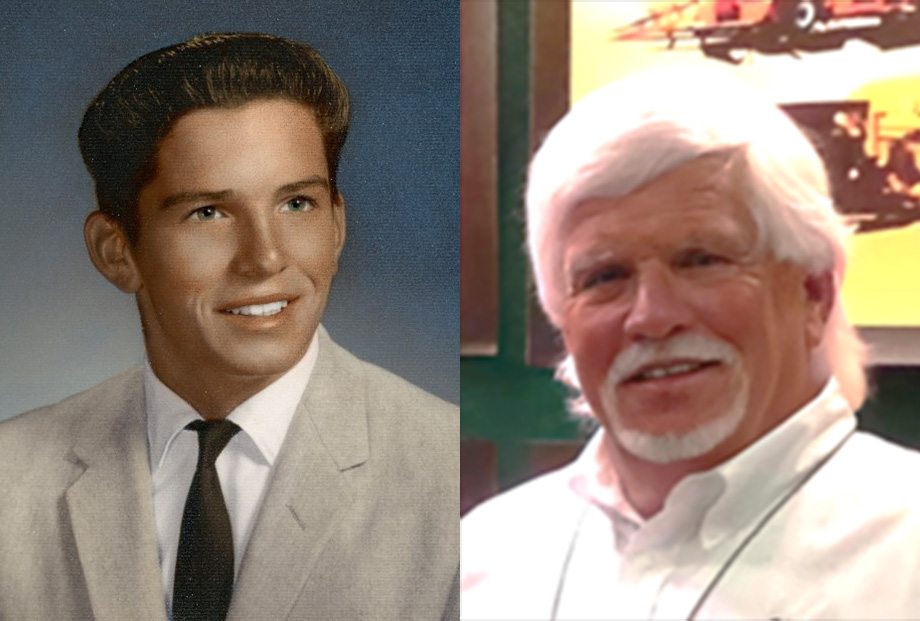 Donald “Don” Paul Mayo, 78, of Live Oak, passed away peacefully surrounded by his family on August 26, 2022. Don was born February 16, 1944, in El Cajon, California, to Herb and Irene Mayo. Don was living a full life, traveling, enjoying business, family, and his hobbies. He was scheduled for a procedure to replace a heart valve when complications associated with his heart could not be overcome.

Upon graduating from high school in El Cajon, Don attended Cal Poly San Luis Obispo, where he graduated with an agricultural engineering degree, and was later recognized as a Distinguished Alumni from that University. After graduation, Don’s first job was as an engineer with Deere & Company in Tracy, California. After working there for several years, he ventured north, and accepted a position at Orchard Machinery Corporation (OMC) in Yuba City, California as a salesman. Over time he became the Sales Manager for OMC, selling equipment not only in California, but all over the world including Mexico, Chile, Israel, Canada, Iran, France, Spain, Portugal, and Australia. In 2004, Don purchased OMC from the original family owners, the Brandt family. It was that purchase that motivated Don to expand OMC from primarily a tree-shaker manufacturer into a vertically integrated company, making not only tree shakers, but also material handling equipment, such as carts, shuttles, and elevators. OMC is now the biggest nut equipment manufacturer in the world. Don’s engineering background and vision is evidenced by the advancements he made in the nut harvesting equipment manufacturing world and documented by his name on several patents. Within the last few years Don has overseen the design and development of four different models of hedgers, a shredder, and the last project, an “over-the-top” harvester. He was a true visionary in the nut harvesting world. Don also started numerous other businesses associated with the nut industry, including Orchard Harvest Company (OHC). OHC began custom shaking, primarily prunes, in the northern Sacramento Valley. Today, Orchard Harvest custom shakes over 20,000 acres of pistachios in Kern County, running thirty-six sets of harvesters. Don also owns Wesco Trailer Manufacturing. As planned, the OMC family will continue Don’s legacy of being the leading manufacturer of agricultural harvesting equipment.

Don and his wife Denise are very involved in the show sheep business under the name Mayo Club Lambs.  Mayo Club Lambs primarily raise market sheep and are recognized on a national level for the  quality of their lambs. They run up to four hundred head at any given time. Their lambs are shown all over the USA by youth in 4-H and FFA. Don has been a longtime supporter of Junior Livestock programs. Mayo Club Lambs can be heard at fair auctions up and down the state. He had a true passion for kids raising livestock. Don and Denise formed their own nonprofit “Clash for Cash” whose mission is to encourage youths to develop discipline, communication skills and a strong work ethic through an annual livestock show and educational workshops.

Don had many passions and an uncanny zest for life. He was a world traveler and has been to all seven continents. There are not very many countries he had not traveled. His business life took him all over the world, but his true joy was taking the family on trips. Family trips included numerous Caribbean cruises and trips to Africa, Antarctica, Machu Picchu, Maldives, Russia, and several private catamaran excursions in the BVI, just to name a few. The most recent trip was over Thanksgiving when Don took eighteen family members to Ambergris Cay, Belize.

He was a huge NASCAR fan, with his favorite driver being Kevin Harvick. Don has been to every NASCAR track, some multiple times, always getting pit passes reflecting the true “gear head” in him. Don was also a die-hard Creedence Clearwater fan. He attended over a dozen concerts, and in fact introduced the band on stage a few years back at the Kern County Fair. Don also had a passion for flying. Once a licensed pilot, he kept his love of flight with the purchase of planes for OMC. Don is a board member of the Western Antique Aeroplane and Automobile Museum located in Hood River, Oregon.

His biggest desire in life was time with the family and creating memories. He bought a lake house at Lake Almanor to bring the family together for holidays and vacations. Every 4th of July is a full-on family party, with his pontoon boat going 70 mph and pulling the grandkids on his ski boat. In his day, he was a trick skier, skiing barefoot or backwards. His favorite trick was placing a stool on a wooden saucer while being pulled behind a ski boat. Don had numerous snow mobiles. He loved toys with power and speed.

Of all his passions, travel, and business interests, Don will be mostly remembered for his zest for life. He attacked each challenge and opportunity head on, with teamwork and a “can do” spirit, whether a business challenge or scuba diving. He was a proud man and had no problem telling you that. Not everyone always liked Don, but the love and the respect for him cannot be measured. To say he will be missed falls short. Words are hard to describe the impact he had in life, business, and family.

A celebration of life will be held September 10th at 12 pm at the OMC facility, 2700 Colusa Highway, Yuba City, CA. The burial will be September 12th 10 am at Gridley Biggs Cemetery. In lieu of flowers, the family request donations be made to the following non-profits: Clash for Cash (1844 McDonald Ave, Live Oak, CA  95953) and Yuba Sutter Fair Heritage Foundation (442 Franklin Ave., Yuba City, CA 95991).